Master Chef Reflects On Time In The Kitchen

Leopold Schaeli is a resident at Independence Village of White Lake. But don’t be fooled by the small-town community — Leopold is a world-renowned chef and is admired internationally by the culinary industry.

Leopold was the second person in history to be named a Certified Master Chef by the American Culinary Federation, which is the highest level of certification a chef can receive. There are only 67 other chefs who have earned this designation. 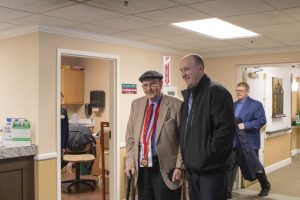 Before Leopold was cooking at the highest level, he lived with his parents and eight siblings in Switzerland. He started his culinary career by learning to make cheese from his father who worked as a cheesemaker and by watching his mother make dinner each night.

His passion and skill for cooking took Leopold around the world, where he traveled and worked as executive chef in numerous hotels and restaurants across Europe and the United States.

Now a resident at Independence Village of White Lake, Leopold enjoys the meals the community’s Executive Chef prepares each day. 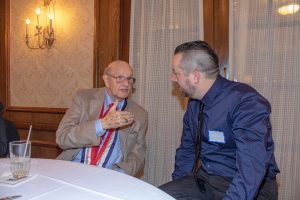 Leopold was recently honored at a local event hosted by the American Culinary Federation.