Not many people know what it feels like to pilot a plane 30,000 feet in the air, but for StoryPoint Collierville resident, Curt Watson, that was his life’s work. Whether he was flying with the Navy, the Blue Angels, FedEx or even with Tom Cruise, Curt loved what he did.

“It’s really not that much different than driving a car,” Curt shared. “You’re simply taking a 2-dimensional space and making it 3D.”

Though we’d like to challenge him on the “simply” part, his career of accomplishments and extensive flight hours prove that, for Curt, flying was second nature. 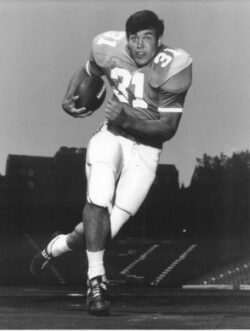 Before he was a pilot, Curt was a football star and played for the University of Tennessee and in the NFL for the New Orleans Saints and the Green Bay Packers. After football, Curt joined the Navy where he served for 11 years and was accepted into flight school.

Curt even went on to try out for the Blue Angels, and he made the team! 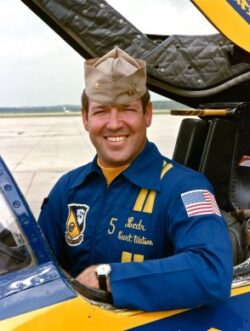 The Blue Angels are a team of world-class active-duty pilots who are considered the “best of the best.” They showcase the excitement, precision and power of naval aviation all throughout the United States.

If you’ve ever seen a Blue Angels air performance, you’ll know that these pilots are extremely talented. As a part of the team, Curt reached speeds of 700 mph and performed daring maneuvers like the Diamond 360 maneuver. That has the jets flying as close as 18-inches apart from one another!

It’s hard to imagine having the skill, talent and level-headedness to pull off a move like that. Now, try to imagine accomplishing it with Tom Cruise in your cockpit!

When Tom Cruise was up for the roll in the 1986 film “Top Gun,” the production team wanted him to see what it would really be like to be in the air, so they contacted the Blue Angels. Curt volunteered to take Tom Cruise on a flight! 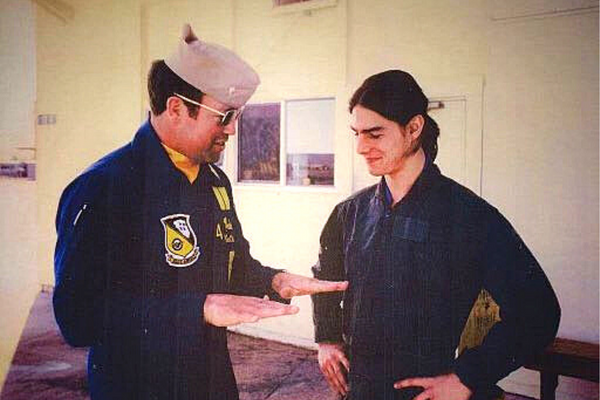 Curt talking to a young Tom Cruise about flying a plane

“We did some rolls and some loops. The roll-rate of an A-4 is 720 degrees per second, so I was sure to show him that,” Curt said.

After their flight, Tom Cruise went directly to a phone booth and called the producer of “Top Gun” to say that he’d do the film. He even sent Curt a letter, (shown below) thanking him for the perspective their flight gave him in bringing his character to life. 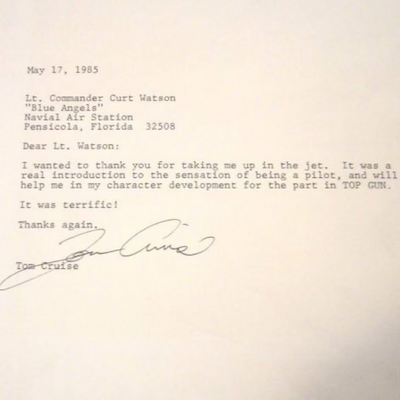 A “thank you” letter signed by Tom Cruise

“I’m not saying I’m the reason Tom decided to do the movie, but I’m not, not saying that,” Curt said.

After his four years with the Blue Angels, Curt spent 23 years as a pilot for FedEx. His career took him all over the globe. In fact, he’s stepped foot on every single continent, except Antarctica. Curt flew as long as he could and retired at the mandated retirement age for commercial pilots, 65 years old. 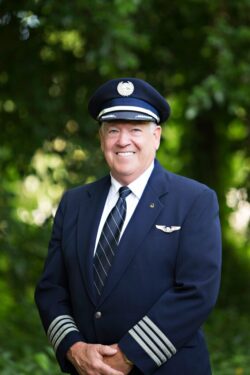 Today, the planes Curt used to fly hang in museums, and his name is honored in the Tennessee Sports Hall of Fame and the National Aviation Hall of Fame. As a resident at StoryPoint Collierville, Curt’s apartment is filled with photos, awards and memorabilia from his travels.

Residents like Curt are who make our communities such special places to live. It’s an honor to learn their stories and hear about all of the experiences that make them unique. 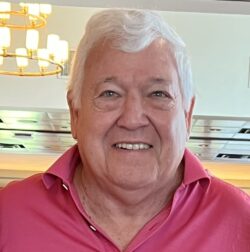 To learn more about how we share in our residents’ journeys, call today!