Harry Whiteley is a resident of Independence Village of Petoskey, an accomplished writer and someone who was often in the right place at the right time.

A Look Into Whiteley’s Past

Whiteley grew up in Rogers City, Michigan, and was first introduced to journalism when his father bought a local newspaper, the Presque Isle County Advance and Onaway Outlook. Whiteley worked for his father’s newspaper on and off over the course of 40 years, and still contributes a column to it each week.

After a few years at his father’s paper, Whiteley took his journalism career in a political direction when he became the campaign manager for various Michigan governors, including Kim Sigler and Harry Kelly.

In 1954 Whiteley ended his political journey and returned home to work for his father again. He was then appointed as a member of the Michigan Conservation Commission and served various directors and commissioners. In 1968 he also became president of the Michigan Press Association. 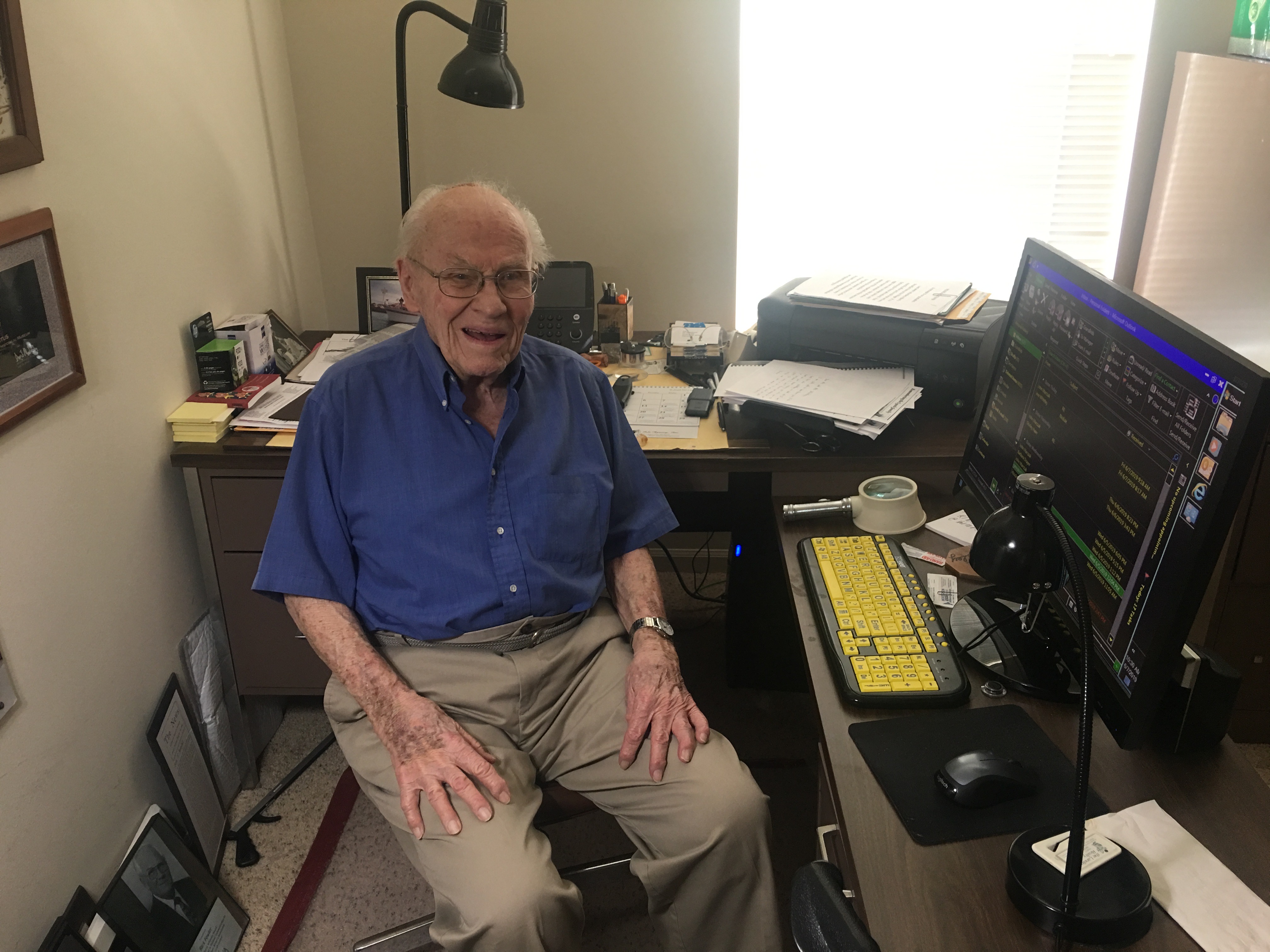 Harry Whiteley and his wife Betty looked into five different communities when searching for the best senior living option. In the spirit of being in the right place at the right time, after a visit to Independence Village of Petoskey, they knew it was the right place for them.

Whiteley recently wrote an article in the Presque Isle County Advance and Onaway Outlook about his experiences at Independence Village of Petoskey, and why he and Betty love it so much.

Searching For A Senior Living Community?

Like Harry and Betty, you may be looking into various senior living communities to determine which is right for you or a loved one. This survey can help you determine exactly what you should be looking for.